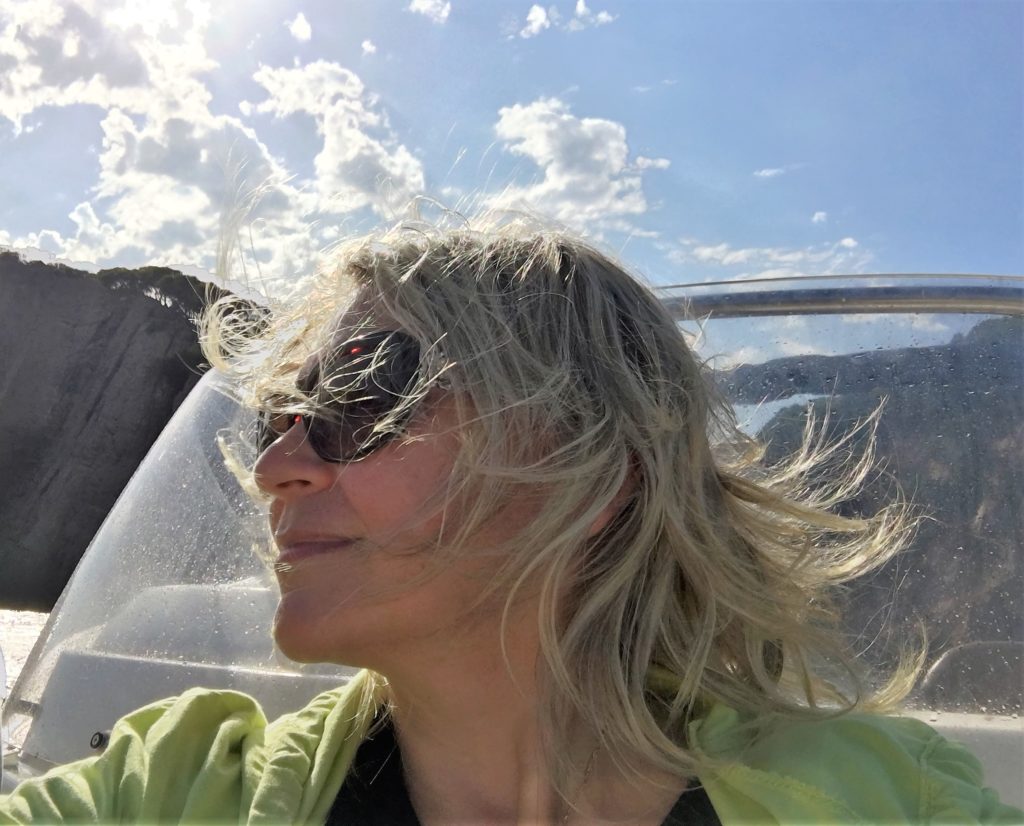 Mariya Blyznyuk was born in the city of Fergana, Uzbekistan. At the age of 10, she had moved with her parents to Ukraine, where she actively started drawing and painting, visiting Art Studios and had graduated from the School of Arts in the city of Kremenchug, Ukraine.

In 1992 she had graduated from the National Pedagogical University in Kharkov, Ukraine with the Bachelor degree in Arts and Graphics. She had worked as Arts teacher in the Kremenchug School of Arts, and had organized the Arts Studio in the House of Arts for Kids.

In 1997 Mariya had graduated from the National Economic University in Kiev, Ukraine, with the Degree in Management and Marketing. She had organized and worked as Leading Designer in her Advertising Agency “The Green Lion”, traveled to many countries, which had inspired her for new paintings.

In 2007 Mariya came to Canada and settled in Newmarket, Ontario. She had organized “The Green Lion” Arts Studio for kids and adults, teaching painting, graphics and illustrations. Her favorite painting technique is painting with a palette knife.

She is painting and exhibiting her works at Galleries and Exhibitions – in Bezpala Brown Gallery, Toronto Downtown (December, 2015), in Richmond Hill Center for the Performing Arts (September, 2016), in Newmarket and King City Downtown (June, 2017). Mariya’s painting were featured in Property Brothers TV Show to showcase an effective example of interior designer.

Mariya is doing Master Classes for adults for over three years. Over that time, she had helped many people to open the potential of creativity they didn’t expect in themselves, bringing fresh taste in their lives. After all, the creativity changes the entire life of a human, making it more colorful, beautiful, full of joy and love, giving birth to new ideas, inventions and inspirations.